Congratulations to the winners of the annual Knockout Competition held on Wednesday 8 January 2020. There were 128 varied, interesting and sometimes funny images.

Congratulations to all the winners of our first competition in 2019/20.  The theme was “Architecture” and for the first time all three divisions were judged on the same night, this time by Gillian Temple CPAG.

For the second successive year KPC Member Claire Higgins won the top prize for gaining the highest aggregate points awarded for her entries shown below.  With 3 Firsts and a Second in different categories, she scooped the top prize of The Wilson Shield in this year’s Kirriemuir Agricultural Show.  Many congratulations Claire ! 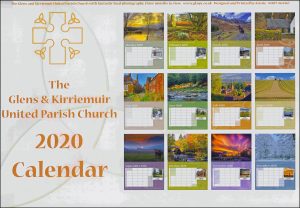 Following another relaxed annual dinner at Kirriemuir Golf Club, President Alistair Carrie announced and presented the club’s annual awards for 2019.  Afterwards, Brian thanked Alistair for his hard work and leadership in his first year as President and presented him with an engraved Acme Thunderer whistle as an upgrade to his green plastic one !

The Award Winners were as follows:

Two new competitions were held on 03 April 2019 for the first time.  Both competitions were open to all club members as a whole without any divisional distinction.  Our guest judge was Steve Whittaker,  who very ably gave his critique on 22 Prints and 33 DPIs.  Congratulations to the inaugural winners below:

Digital Print Of the Year 2019

Digital Projected Image of the Year 2019

Don’t forget to have a go at the Summer Assignments and submit your best images by email to Alan Edwards before the restart in September.

There are four categories to challenge you . . . .

Two outings are being planned for May to Kinclaven Woods and in August to Pittenweem.

You can print a your own reminder sheet for all of the above  by clicking here.

Division 3 entries to the February Open Competition were judged internally on 06 March 2019 by Brian Forsyth who congratulated all those who had entered.

In addition to the above ‘Here’s Looking at You was Highly Commended and All is Calm and In Oban were Commended.  A good competition with some super images demonstrating how our Division 3 photographers are growing their craft !

Another successful competition night was ably judged by Roy Robertson of Dundee. Divisions 1 and 2 both displayed a high standard of entries with an open theme and members were treated a huge variety of images.

Our first competition of the New Year was our popular Knockout Competition with 128 images going head to head with members voting for their favourites.

Our first competition of the new season brought a host of superb images.  Judging Divisions 1 and 2, Andy Hayes commented on the high standard of entries and complimented the club on a warm Kirriemuir welcome, wonderful hospitality and excellent organisation. We were delighted to support his chosen charity ‘Lisa’s School’.      Division 3 entries were shown and appraised by club member Malcolm McBeath. The winning entries from all divisions are shown below.

Congratulations to the winners of both Division 1 and 2 who were as follows:

Two of our club members enjoyed considerable success at this year’s Kirriemuir Show.  Claire Higgins won the top prize Photography Shield for gaining the highest aggregate points awarded for her entries shown below.  Heather Ray came close with her entries also catching the judge’s eye on the day.  A huge congratulations to both for your well deserved success !

Once again this year we enjoyed an excellent dinner at Kirriemuir Golf Club and this year incorporated our annual awards to finish off a splendid evening which was well attended by members.  The new perpetual awards being introduced this year and their winners were:

The Clova Cup . . . for highest cumulative points awarded in Division 2 . . . Will Martin

The President’s Award . . . for outstanding service to the club during the year . . . John Isaacs

The assembled company, the awards and the award winners are pictured below:

Division 3 of our Open Competition was judged by Alan Belton who gave feedback on all of the twelve images entered.  The winning images and their authors are shown below.  Congratulations to everyone who entered in what was hopefully a positive experience.

Our final competition for this year for Divisions 1 and 2 was an Open Competition judged by Nocola Shepherd of  the PAGB and St Andrews Photographic Society.  A super selection of images were entered and the winners are shown below.  Congratulations to them and to all members who entered what was a very high standard.

This year we doubled our frontage at the annual Feel Good Festival and created a terrific platform for the club to show our work and chat to interested members of the public.  The stand offered mounted prints for sale as well as the option to order a copy of any of the superb prints on display.  The raffle was in demand with two framed prints and two mounted prints drawing a lot of interest and raising £150 for club funds.  As well as the variety of prints mounted on the display boards, a scrolling slideshow of members’ images also attracted interest and discussion with folk who expressed an interest in photography.

Congratulations to our Raffle Winners:

First meeting of the new year was our popular Knockout Competition with over 128 fantastic images on display.  Congratulations to Alan Belton and Malcolm McBeath who cornered the first three places.

Thanks to the generosity of members who donated cameras, lenses, tripods and all manner of photography accessories, we held an extremely successful auction and sale night at our final meeting before the Christmas break.  A total of £809 was raised for the club.  Members dug deep in support of this event which allowed us to complete the purchase of a new Sony Projector for the club without drawing on club reserves.  A huge thank you to everyone for the magnificent support shown throughout in reaching this important goal for 2017.

Congratulations to the winners of our first ever Division 3 competition.

The competition was judged by Michael Visocchi whose comments and encouragement were greatly appreciated by everyone present, especially the new entrants.

Congratulations to the winners of our first themed competition for this session: ‘At Work’

The competition was judged by Ian McCurrach from Aberdeen

At our regular club meeting on 18 October 2017, we were delighted to be joined by our  50th member  for this year.  This marks a notable milestone in the rapid development of the club and is a great encouragement to what is still a relatively new group of photographers who are keen to develop their skills and share these with each other.

A selection of member prints was put on display for three days courtesy of The COOP Superstore who gave us a free hand in their foyer space to stage this mini exhibition.  A small team pulled the project together with a view to raising community awareness that the club’s new session was soon to start and lots of shoppers took time to stop and chat while admiring the wide range of images.   Thanks to all our members who loaned prints and gave time to attend and talk to the public.  Information leaflets about when and where we meet were handed out and a number of people expressed interest in visiting the club on 6 September when we restart.

Malcolm McBeath and Alan Edwards very kindly donated framed and mounted images as prizes for an informal raffle which was drawn by Team Leader Vicky from the COOP.  1st Prize was won by Mr D. Fonteyn of Westmuir and 2nd Prize by Mrs J. Guthrie of Northmuir.

A total of £380 was raised for club funds and this will be put towards the purchase of a new high definition image projector.

Three of our members have enjoyed competition success at their local agricultural shows this summer:

Iain Galbraith had a good day at the Alyth Show on 16 June when he won two Firsts and two Second Equals, making him the overall points winner in the Photography section of the show. Another shield for your collection Iain.

Bill George also did well at the Alyth Show. A First Place in the fruit section and a Second Place behind Iain in the single flower section.  Out of 6 sections, KPC members were placed First and Second in 3 sections !

Heather Ray entered some of her images at the Kirriemuir Show on 15 July and came away winning the shield for the most points in the photography classes comprising two Firsts, a Second and a Third – impressive work Heather..

Many congratulations to all three of you !

Congratulations to members of KPC who were successful in having their images chosen by the public to be printed in the Glens and Kirriemuir Old Parish Church Calendar for 2018.     The overall winner of the competition was:
Ian Cameron whose winning image will appear on the cover.
John Isaacs won joint 2nd in the competition.
John Isaacs again with another 2 of his entries. ( 3 months in all ! )
Grace Johnston also gets a full page to herself and . .
Bill Martin succeeds in being published yet again.
Other supporting thumbnail images will also feature by Alan Edwards, Heather Ray, Alistair Carrie, Watson Lawrence (2) and Malcolm McBeath
More than half of the photographers who submitted images to this competition are already members of KPC and the church has been very appreciative of the support which our members gave this year, with a record number of 114 entries in all.
-oOo-

There are 4 assignments to challenge us during the recess.  Why not have a go at one or all of them and email your best 3 images from each challenge to Alan Edwards before the end of August latest?  Alan will collate these and results will be displayed during our regular meetings starting in September.

‘Abandoned’  –  Depict a scene,  a building,  a vehicle etc. which has seen better days.

‘Patterns in Nature’  –  Using close up or wide angle to show nature’s many and diverse patterns.

‘Motion Blur’  –  Use a slow shutter speed or try panning to show movement.

At the AGM on 22 March 2017, two inaugural awards were presented to recognise the work and contribution of members who have excelled in what they do.

Photographer of the Year  –  George Ingram

Many congratulations to George and Alan.  We plan to extend the awards system in the coming year.

The competition was judged by Al Buntin ARPS MPAGB

Another great night at the club with palpable tension near the end as we whittled over 100 super images down to the final three in our first ever Knockout Competition. Thanks to Ian Christie, John Isaacs, Jim Miller and Ian Cobb for helping it all to run smoothly and congratulations to the winners : 1st – Alistair MacDougall Carrie, 2nd – John Isaacs and 3rd – John Isaacs and his dog Murphy.  Click on the thumbnails to view images full size.

On Wednesday the 2nd November the club held its first internal competition, based on the theme of ‘Water’. Entries were split into two divisions and the winning entries are shown below.

Our judge for the evening was Stan Farrow FRPS, DPAGB, EFIAP.